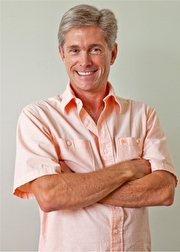 Mabry Binnicker became a Realtor in 1996, was named rookie of the year in 1997, and since then has been a consistent multi-million dollar producer. He is a founding member of Front Runners of Key West and served two terms as the President of Lambda Democrats of Key West.

"“When I call him for anything he answers in a timely fashion and gets things done for me. He is also very caring person and an example of this is,... continued"
- – Cassandra Toppino
View All
Get in Touch